Campfire: Not All Wood is Created Equally 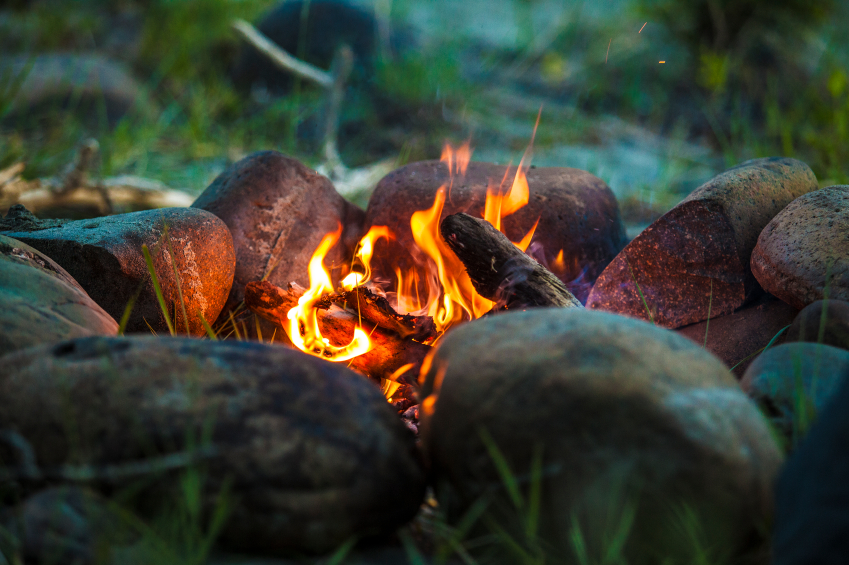 One of the greatest joys of camping is the open fire pit, which serves as the centerpiece for evening conversations and, very often, delicious meals.  So, when you start that fire, you might want to think twice before you decide on the best wood to feed it.

While, in a pinch, you would of course burn any wood that made itself readily available.  However, when you have the time to make a real selection, it is handy to know the differences between the most common fire woods.

Birch The birch tree stands out among others because of its distinct, white bark.  For campers from the Northeast, packing a bundle of wood to bring along on a trip to Roaring Camp Gold, birch is likely an option.  This wood, though, burns up quickly.  It is a great wood for getting a fire started, but because it burns so quickly, you’ll likely use up your supply before your trip comes to an end.

Cherry This is another tree that is not common in California, but Easterner campers would likely have a supply within reach.  It is a great campfire wood, because it burns slower than birch, puts off a comfortable heat and very little smoke.

Maple This is a wood found in California, and it can be a good one for campers, especially because it will season well.  That is to say that, if you don’t burn through your supply this camping season, it should still be in good shape for your first camping trips of next season.  It is more difficult to split than other varieties, however.

Elm This dense wood is not for you.  It is tough to cut and even harder to split.  Worse yet, it has an off-putting smell when burned.  It is also a good example of why campers should consider what type of wood they bring to the campground.

Chestnut It’s name seems to imply a wonderfully inviting fire, but, in truth, you’ll find yourself moving your chair away from the pit.  Though it burns easily and the heat won’t be intense, this wood puts off a lot of sparks and even more smoke.  Avoid it, if you can.

Oak Tried and true, oak is a favorite of campers.  It gives off a lot of heat when burned, but its dense nature means that it doesn’t burn up quickly.  It can also be held over from the beginning of one season to the start of the next.