Could You, Should You Live in an RV? 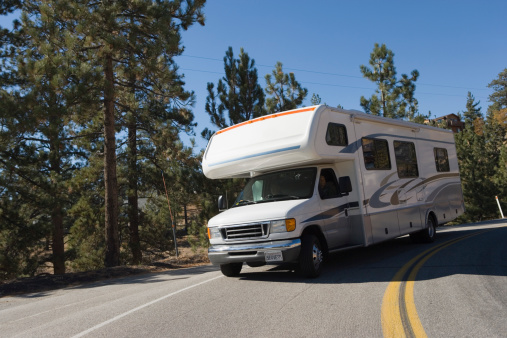 There is certainly something very romantic about moving out of the big house and live in an RV, which would allow you to tour the country, stopping at all of your favorite campgrounds.  However, would RV living really be right for you?

According to many sources, more and more people of the young- and older generations are really attracted to this idea.  There are certainly many advantages that would appeal to these two subsets of the population.

Maneuverability This is undoubtedly the biggest perk.  The twenty-somethings who aren’t locked into a permanent career yet, or who are expected to travel for their jobs quite frequently, like the idea of being able to pick up and go, bringing their homes right along with them on the journey.  The world is opened up to them in new and exciting ways.  In fact, many members of this young generation have jobs that allow them to work remotely, so they can explore the country while still fulfilling the requirements of their jobs.

As for the retired population, RV living requires less upkeep than a traditional home, and it means that they can be on the road at a moment’s notice when they want to go see friends or family who have moved away.  With grandkids in California, New York retirees can reserve a campsite at campgrounds like Roaring Camp Gold, and stay near their heirs for an extended period of time, while still knowing the comforts of home.  The campgrounds, particularly those incorporating gold prospecting provide entertainment during their stay as well.

Paying Off Debt The young workers in this country are facing mounting student debt, which can make it rather difficult to get approved for- or to afford a mortgage.  RV living can be a much more affordable option, which means they are able to pay off student loans faster and avoid racking up more debt.

Retirees can also benefit from this, as their income levels fall off.  They can live on the modest social security and savings withdrawals, while still enjoying the modern amenities afforded by a nice RV.