Deadwood Movie Could Cause Influx of Gold Prospectors 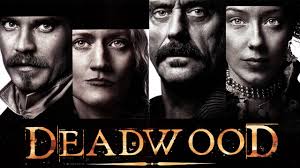 If you didn’t watch the show Deadwood while it was aired on television, then you might not be overly excited to hear about the making of a movie of the same name.  However, for those who were fans of the series about a mining town during the gold rush, the anticipation is building.

The post-Civil War series featured a town that was not a recognized by any of the U.S. states or territories, which made it the perfect place for those wanting to escape the long arm of the law at the time.  In the meantime, those who had heard tales of gold strikes were willing to brave the elements (and the potential convicts) for a chance to find their own bounty.  Unfortunately, in 2006, the show was cancelled, but now, HBO’s president publicly stated that the network is on board for the movie.

The planning is still in the very early stages.  It is not even clear how clean the script for the movie is at this point, or if it has even been fully written.  There will be casting calls and readings of the script before film crews are even hired to being filming.  So, we will be waiting for this film for a while, but there is hope that will its release there will be an increased interest in the history of gold panning.

People are often intrigued by matters of history when modern culture relives pieces of the past.  Gold prospecting is still alive and thriving today, which is why Roaring Camp Gold is able to continue operation.  We welcome the people who want to try their hands at finding gold in the earth beneath California.

With the movie coming to the big screen, there is a very good chance that people will feel the excitement that comes with prospecting.  They will want to give it a try themselves because there is always the chance of hitting it big.