Why Gold Became the Standard for the Ages 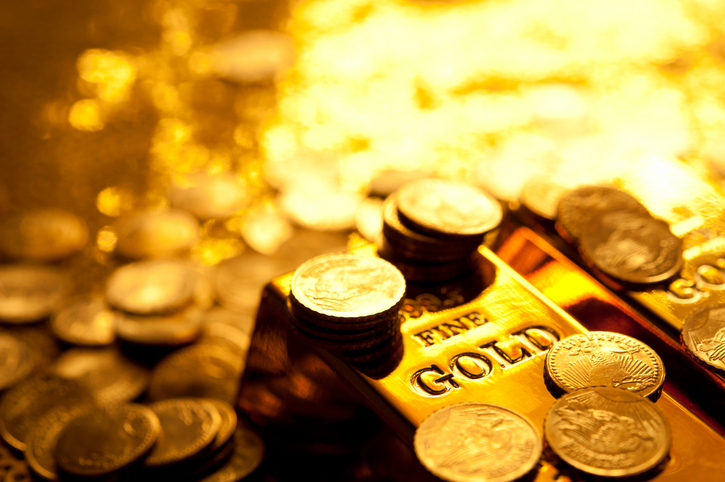 Why is it that gold became the most standard measure of value across all societies? Why wasn’t it some other ore?

The most obvious answer is that gold is so rare – and this is true, but it’s only part to a larger puzzle. Long ago, societies used barter systems to trade goods and services with each other. As societies became more densely populated and more complex, however, money became the standard medium of exchange.

Ancient Babylon used grain to trade, but you can’t exactly haul around carts full of grain and exchange them as easily as you might take a coin out of your pocket. Because of this, a standard of value was used to represent the amount of grain it was worth. Babylon created coins that each represented a different value of grain. But what was the coin to be made from?

It had to be easy to process and malleable enough to mold into a functional and recognizable shape. Yet it also needed to be made from something rare enough that citizens couldn’t simply start printing their own money. Gold was the obvious choice.

As nations grew and coins became more widespread, there simply wasn’t enough gold for the coins that were needed. Luckily, proofing against counterfeiting was becoming more complex. Coins could be made from silver and copper. Gold itself passed from representing something of value, to becoming the object of value.

In other words, gold stopped representing grain. Now, gold had its own intrinsic value, and other coins represented a certain value in gold. For thousands of years, civilizations even based their economies on a gold standard, keeping enough gold in reserve to preserve the nation’s economy in case of emergency.