What Makes Gold Both Heavy and Soft? 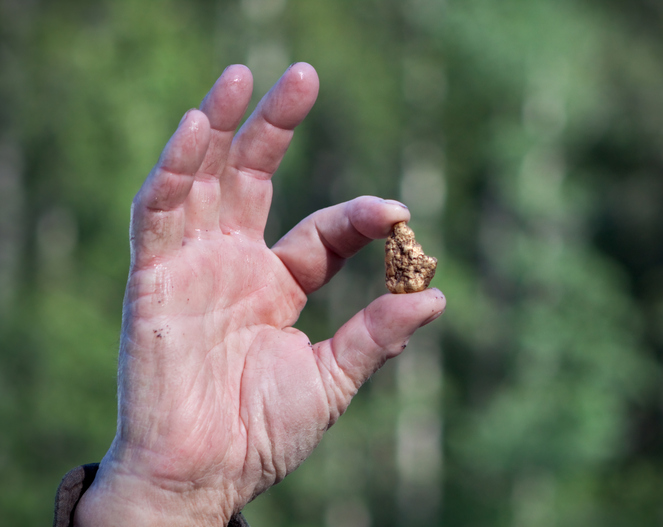 You may be surprised the first time you hold a nugget of gold. Even knowing it will be heavy beforehand, you’ll be surprised at how weighty it actually is. How is this? What is it that makes gold so heavy in the first place?

Gold is classified as a heavy metal despite its softness and malleability because each of its atoms is heavy on its own. It is a dense material. Yet it is unique among heavy metals because it lacks the brittleness of many others. Tungsten is about as dense, but it is very brittle because its atoms are so bonded to each other. Gold atoms are easier to shift when working on the material.

Just how soft and malleable is gold? According to the American Museum of Natural History, just an ounce of gold could be pounded into a thin sheet that could be spread over an area 100 square feet. That would mean an entire football field could be covered in just 36 pounds of gold.

That single ounce, by the way, would be valued at more than $1,300. That means a pound of gold could fetch you $21,000. And if you had those 36 pounds of gold, you would have about three-quarters of a million dollars worth. Of course, that’s only assuming the value of the gold. Due to their rarity, large nuggets are typically valued as worth more than just their value in gold.

Now, chances are you won’t find a 36-lb. nugget of gold when you pan for gold in California. Rivers contain more flakes than nuggets. But you can find a surprising amount if you learn how to pan for gold well and you’re diligent. In fact, accruing several ounces over time can be pretty common, and for the brand new prospector lucky strikes do happen. You won’t know if you never try, and it’s an experience that’s uniquely Californian. It connects you to all who’ve come before you, in a long line of those panning for gold in California.