The Hunt for Gold: The Best Kind of History Lesson 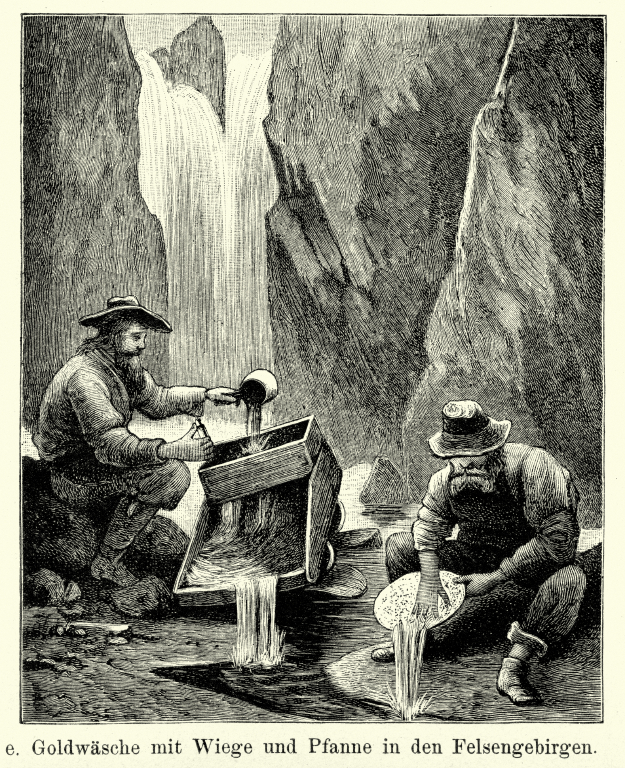 The Gold Rush was a very momentous time in American history.  Not only did it draw a hundreds of thousands people to the “Wild West”, it has also been said that the Gold Rush was responsible for speeding the decision of states like California to join the union.

It all started in 1848, when a man named James Marshall discovered gold in the American River, to the east of Sacramento.  San Francisco, inhabited by only a small number of Mexican natives, could hardly have been called a town at the time.  It certainly wasn’t an area prepared for the drastic influx of people that would follow.  Marshall and his partner did their best to keep their findings a secret, but had no such luck.  Word spread and soon, even those on the East coast were hearing of the gold found in California.  As the message moved across the country, the discovery grew, much like the fisherman’s catch.

Later in that same year, President James Polk made an official announcement about the discovery of gold in California, during a State of the Union address, and the frenzy and excitement grew.  Thousands of men, eager to take a piece of the fortune that they were sure existed in the West, began to borrow money and mortgage their homes to start the journey to California.

In no time at all, San Francisco became a booming metropolis.  It was estimated that the population was doubling every ten days during the Gold Rush.  By the end of 1849, there were more than 100,000 people living in the area, working hard to uncover the wealth contained beneath their feet.  Their hopes weren’t completely unfounded.  During that time, an approximate 750,000 pounds of gold were unearthed, approximately $2 billion worth.

While the industrialization of mining led to the men taking jobs, letting go of their individual efforts to bring forth precious metal, there is still an abundance of gold found in California each year.

Recent reports suggest that approximately 100,000 ounces of gold are produced each year, now. Certainly, that is far less than the 100,000 pounds, but at today’s price, it is still a gross income of $125 million annually.

There is still gold to be found in California, and if you want to get a taste of what it was like for the 49ers, then you are in luck.  At Roaring Camp Gold, you can do just that.